About 100 million sharks are killed every year. As a result, many species of sharks are critically endangered. Sharks are caught for consumption, for example shark fins are used in expensive Asian soups or dishes. Shark cartilage is used in remedies for muscle and joint pain. The meat of the shark is also increasingly eaten. Even sharks that are not fished for often end up in fishermen’s nets or on hooks. They are then “by-catch”. The fishermen are actually looking for other fish, such as tuna. About 50 million sharks die in this way every year.

Why is it important to protect the shark?

Sharks are at the top of the food chain in the oceans. Due to their different roles, they are very important for a healthy balance of marine life. Sharks mainly eat fish, other sharks, seals and birds, but also plankton and krill.

WWF works with local authorities to protect shark habitats. Using tagging and monitoring, we investigate the behavior and migration routes of sharks. With that data, we can identify and better protect key areas for the sharks. 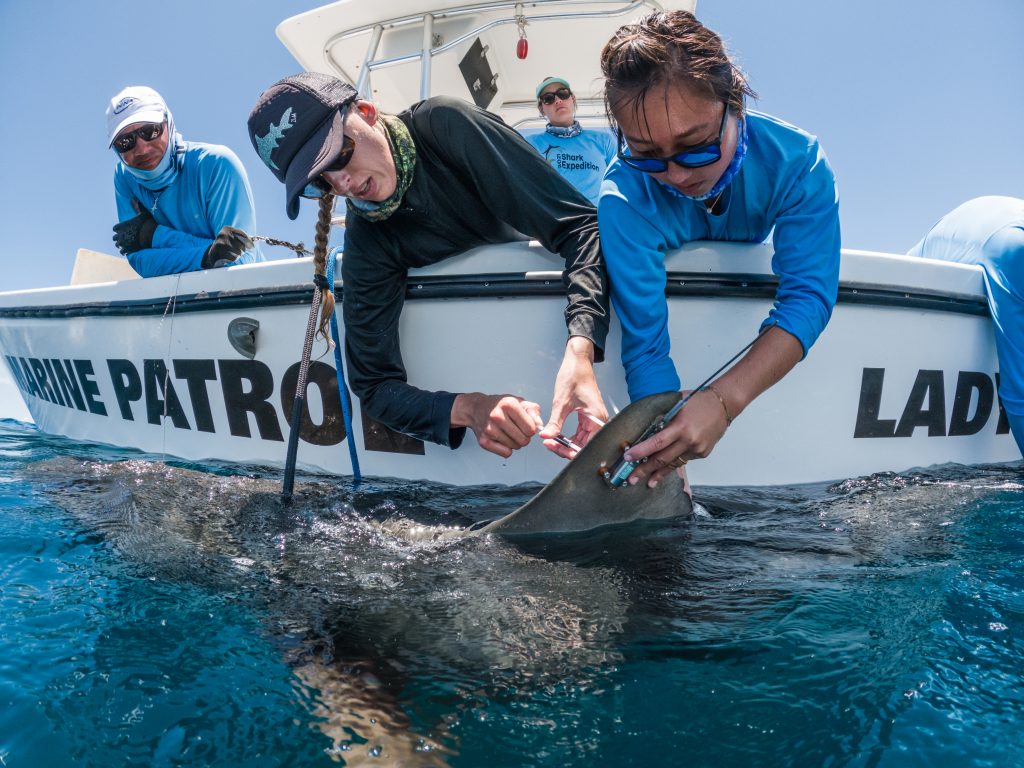 Together with partner organizations, WWF also conducts extensive scientific research into the adaptation of fishing nets. These are often floating structures that fishermen use to attract large schools of fish and unintentionally catch many sharks and other sea creatures. The first tests are positive; sharks become entangled in the nets less often. Read more about other WWF projects to protect sharks: https://sharks.panda.org/. We also support the work of the Shark and Ray Recovery Initiative: https://www.sarri.org

Sharks have been living on our earth for a very long time and have even seen the dinosaurs come and go. Shark fossils have been found as old as 400 million years. Today there are about 400 species of sharks. From small ones (the 25 centimeter dwarf shark) to very large ones (the whale shark, at about 14 meters, the largest fish on Earth). They all have one thing in common – they are excellent hunters. They can locate their prey at great distances. This has given them a bad reputation and many people are afraid of these sea creatures. Unfortunate because of all 400 shark species, only a few are dangerous to humans. 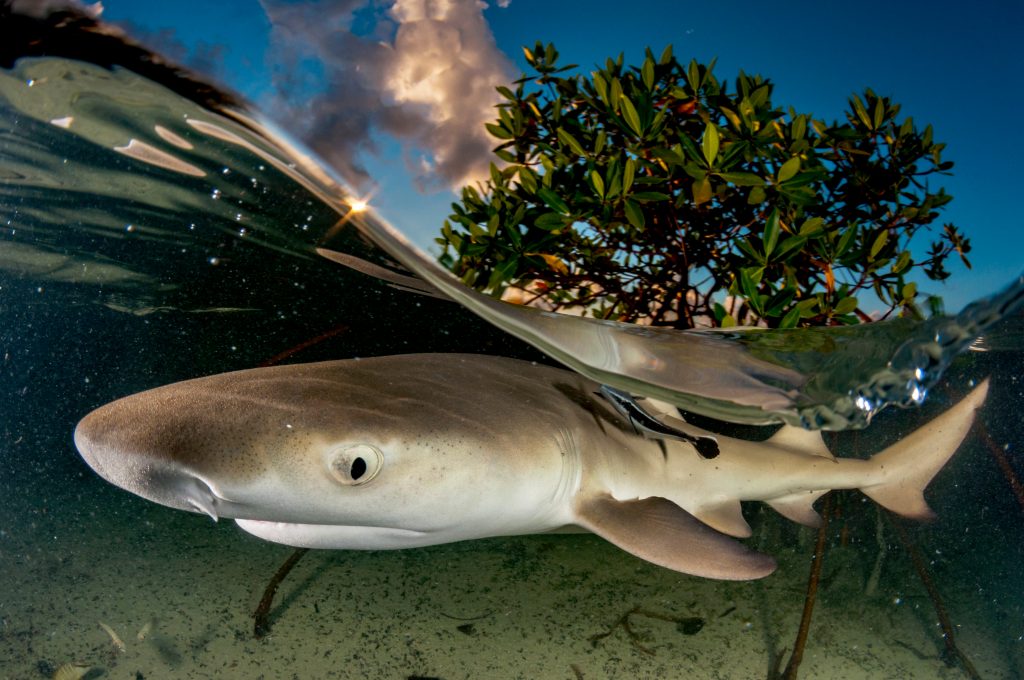 Sharks have five to seven gill slits, which they use to filter oxygen from the water. Most shark females incubate their eggs inside their bodies. After hatching, live baby sharks emerge from their bodies. Sharks have no bones, but their skeleton is made up of cartilage. They have a lot in common with rays. These resemble “flat sharks”, in that they also have skeletons of cartilage.

Different shark species live in different ways. Some species like to spend a lot of time alone, but other species live and hunt in groups. It is still difficult for scientists to determine the age of sharks. The oldest shark species is the Greenland shark, which can live up to 500 years.